The Endourological Society is a non-profit organization founded in 1983 by a group of international urologists.

The first official newsletter of the Endourological Society, titled The Endourology Newsletter was circulated worldwide and was met with enthusiasm. In 1987, the “Newsletter” was replaced by the Journal of Endourology, a monthly peer-reviewed publication. Recently the Journal expanded its content to include the groundbreaking videojournal Part B, Videourology™, which enables physicians to learn, evaluate, and implement new surgical techniques and technologies in their surgical practice. Videos can be viewed online or downloaded using the most up-to-date Flash, QuickTime, and MP4 formats for use with your tablet or other mobile device.

The Journal has a broad international editorial board with expertise in endourology and laparoscopy. In addition, it is the Official Journal for the affiliated sub-societies. Due to the increase in translational research and innovative techniques in endourology and laparoscopy, the journal has gradually increased the number of issues from four to twelve a year within the last two decades.

The Endourological Society extends several privileges to its members. Members receive Journal of Endourology and Part B, Videourology and are notified periodically of scientific meetings, essay contests, endourology/laparoscopy fellowship programs, and information regarding job opportunities in urology. In addition, members receive a certificate of membership and a reduced registration fee at the annual meetings. Members of the society also enjoy free access to scientific abstracts and video presentations on the Journal of Endourology website. Finally, urology residents within North America and selected residents in Europe receive a free journal subscription during their residency, subject to industry support. 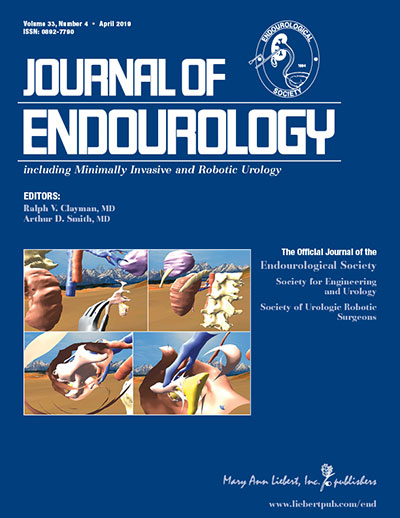