To all those that have given so much of themselves, their communities, and those they have cared for, we honor them with these acknowledgements. 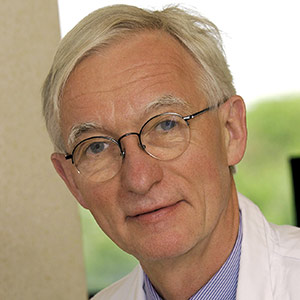 It is with deep sadness that we share with you news of the death of Dr. Paul Van Cangh, a former President of the Endourological Society, who passed away on April 14, 2019.

After graduating as a MD at the Catholic University of Louvain (UCL) in Belgium Paul Van Cangh specialized first in surgery at UCL and Harvard University in Boston. He then specialized in Urology at the Université Libre de Bruxelles, Paris VI and finally at UCLA.

It is with deep sadness that I share with you news of the death of Dr. Yoshinari Ono, a former President of the Endourological Society, who passed away on July 23, 2017. He was a wonderful colleague and a dear friend.

Dr. Ono was born on December 18, 1948, and graduated from Nagoya University in Japan in 1973. He completed his residency and a fellowship in urology at Chukyo Hospital under the guidance of Dr. Shinichi Ohshima. In 1985, Dr. Ono became Chief of Urology at Komaki Municipal Hospital, and in 1997 moved to Nagoya University as Associate Professor of Urology. In 2007, Dr. Ono became Professor in the Faculty of Health and Medical Sciences at Aichi Shukutoku University. 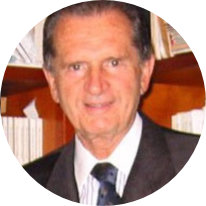 Dr. Netto, as his colleagues commonly addressed him, was born in Sao Paulo – Brazil in 1936 and graduated from Faculdade de Medicina da Universidade de São Paulo (FMUSP) where he would soon become full professor of the Urology Department.

In the early 80’s, Dr. Netto was nominated chairman of the Urology Department of the Universidade Estadual de Campinas (UNICAMP); where he led an outstanding transformation that launched the Urology Department UNICAMP to become one of the best urology services in Latin America. During his time at UNICAMP he kept on working at the operating suites, leading and mentoring medical students, residents and fellows until he retired in 2008.

The Endourological Society mourns the death of a dear friend and colleague, Fred Roemer. Fred’s dedication and contributions to the development of endourology are acknowledged by many to have been instrumental to the field. The following is reprinted with permission; it was written upon the occasion of Mr. Roemer’s retirement from Cook Urological in 2009.

Dr Mardis died February 28, 2010 from complications of pulmonary fibrosis with his family in attendance. Urology has lost a leader and will miss him, as will his friends Hal went to medical school at the University of Nebraska and did his urology training at LSU in New Orleans. He held teaching positions at both LSU and the University of Nebraska and has held numerous leadership positions in the AUA, AACU, and South Central Section where he was President in 1990. Dr Mardis practiced urology in Omaha, NE for most of his adult life.

What a way of passing away: On top of a Mountain in St. Moritz, Switzerland ! It was definitely what Ferdinand (Bitz) Eisenberger would have had in mind. However, feeling well and being in reasonable good conditions, the timing at the age of not even 72 was too early.Bitz Eisenberger was a great and charming personality, a leader with a natural sense of humor, clinical and scientific integrity and worldwide academic acceptance. We both are thankful that we had the chance to go several years together with him. Christian Chaussy worked with him first when Eisenberger started his scientific career with his research on hypothermia at the Institute for Surgical Research at the Ludwig-Maximilians-University in Munich. At the Department of Urology, University of Munich, they both began, together with Bernd Forssmann, the basic and clinical research on ESWL which was awarded with a huge worldwide clinical success following the first human treatment in 1980.

It is with deep sadness that I inform you Dr. Hiroshi Tazaki, Research Professor of Urology at NYMC, passed away on May 27, 2010.

Dr. Tazaki, MD, PhD, F.A.C.S. was born on August 18, 1932, in Tokyo Japan. He resided in Leonia, NY at the time of his death, after spending a career spanning U.S. and Japanese medical advancement. Born into a distinguished medical doctor’s family in Tokyo, the eldest son was expected to take over his father’s medical clinic. His father worked there during WWII when wounded civilians were brought for care to Tazaki Hospital, he often recalled. In 1951, Hiroshi was admitted into Keio High School, assuring his future in medicine.