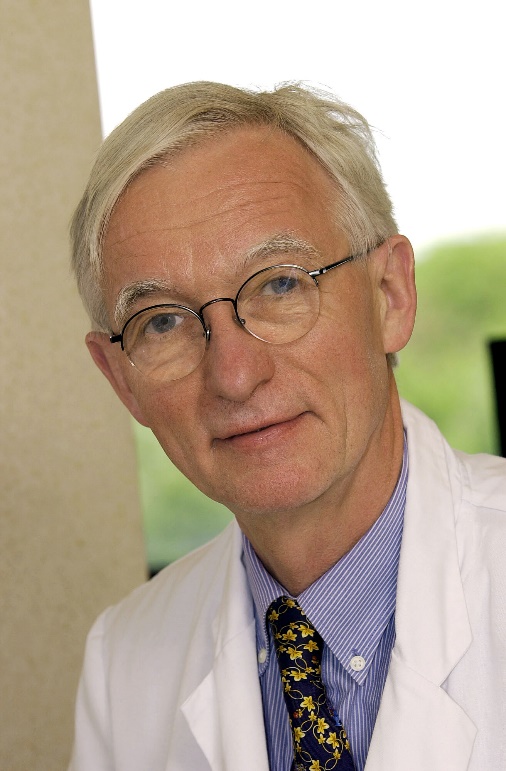 It is with deep sadness that we share with you news of the death of Dr. Paul Van Cangh, a former President of the Endourological Society, who passed away on April 14, 2019.

After graduating as a MD at the Catholic University of Louvain (UCL) in Belgium Paul Van Cangh specialized first in surgery at UCL and Harvard University in Boston. He then specialized in Urology at the Université Libre de Bruxelles, Paris VI and finally at UCLA.

In 2001 he was promoted to full professorship. Since becoming emeritus in 2008 he remained attached to the Department of Urology at UCL as a consultant.

During his successful career he authored and co-authored numerous publications in the fields of uro-oncology, urolithiasis and especially endourology, his great passion.

Member of numerous national and international scientific societies, he was the recipient of several honorary distinctions, among them the W. Gregoir Medal of the EAU and the Karl Storz Lifetime Achievement Award of the Endourological Society.

He was particularly devoted to endourology and the Endourological Society of which he was President from 2009 – 2010.

He leaves behind his loving wife Dominique who accompanied him to most congresses.

He was also the father of 3 children and the proud grandfather of 7 grandchildren.

We wish them strength in these difficult times.

Paul was the quintessential gentleman and will be sadly missed by all who had the privilege of knowing him.

…and so I was sitting in a conference room somewhere in Europe when Paul presented his data on endopyelotomy which clearly showed for the first time that the presence of a crossing vessel most definitely resulted in a marked decrement in the success rate of this minimally invasive approach to UPJ obstruction.  Paul had figured it out and provided an elegant, lucid presentation emblematic of his soft spoken nature.  At the end of his talk I couldn’t help but seek further insight into his findings and thus queried Paul as to why he thought that even in the presence of a crossing vessel the endopyelotomy appeared to still work in 45%.  He paused, looked up and fixed me in his gaze and softly uttered a poignant 2 word answer: “That’s life”.  In those two words resided the mystery and push to discovery that was most definitely his hallmark…to be sure, I so enjoyed him…and will miss him greatly.  The loss stings, the memory balm…